Well, folks, it’s the 4th of July, and you know what that is? Yes, we all know it’s American Independence Day, but more importantly for me, it’s one year since I became a published author, one year since Into the Wild came out.

It’s been an incredible journey since early 2015 when I sat down to begin writing; not knowing whether or not I had the words in me to make it happen. It turns out I did, and now, one year on from first publication, word is spreading and doors are beginning to open for the Tigers Tales.

It’s a slow road to reaching the point where I can make writing my living. Every inch of ground gained has been hard won, but I can see the changes happening. Progress may seem gradual at the time but it is real and measurable.

When Into the Wild was released, I had virtually no contacts in the book world. I was still new to even being on social media. I don’t pretend to have a handle on Twitter or Instagram. My website still looks nothing like I want it to. I’m frankly overwhelmed at the prospect of mailing lists and advertising and trying to juggle the steepest learning curve of my life with all the things that still pay the bills. And yet the world around me, little by little, is changing.

This summer will see the publication of the third book in the Tigers Tales series, The Gilded Tower, and I am in the thick of writing the fourth, Life in the Wild. The second book, Embracing the Wild was released in March this year. I now have two major, international book signing events under my belt, with a third coming up in August. Along the way, I’ve met some of the nicest people, authors, reviewers, bloggers, and readers. Many of these people I now count as friends who ultimately do what they do because, like me, they love a good story and where it can take you. 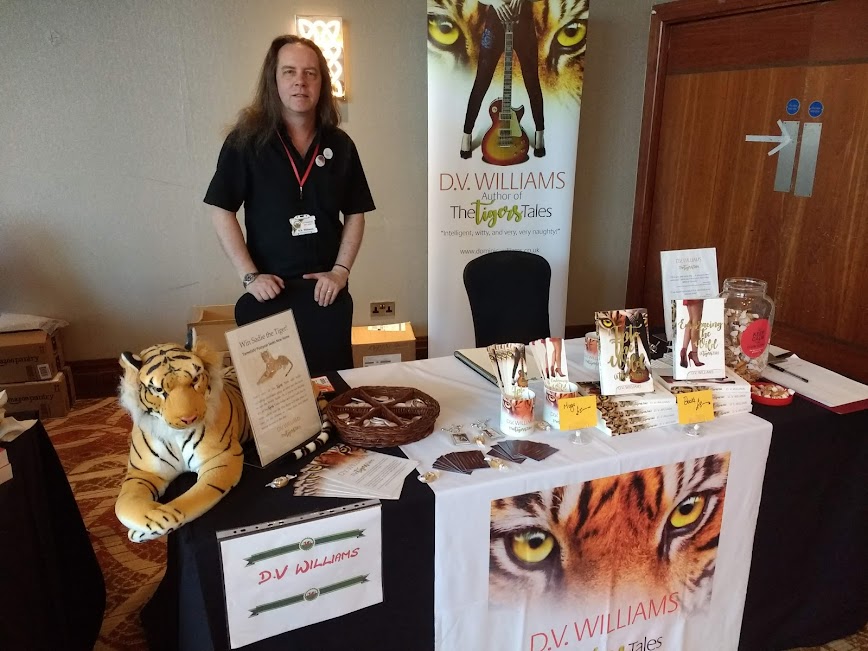 I’m immensely proud of my book-babies and there will, no doubt, be many more to come but I’m not, to my frustration, a fast writer. I have enormous admiration for the prodigious output that some writers achieve, but I would never have made it as a journalist; tight timeframes are the enemy of good writing for me. Dyspraxia means I am slow to process the myriad thoughts going through my head and turn them into words on the page, a problem I get around by being a meticulous self-editor. I work to a standard, not to a deadline, but the end result is something that stands, I hope, alongside anything else the book world has to offer with its head held high. Nothing leaves the starting gate until I am totally satisfied that I have made it the best it can be. When it’s ready, it’s ready. Anything less would be a betrayal of my own love for what I do and every reader’s hopes when they pick up one of my books. After all, once it’s out there, it’s out there forever. Why not take the time to get it right?

But the best thing of all, and the thing that makes this whole insane venture worthwhile is the fact that other people have a genuine love for something that sprang from my own imagination, that they can be eagerly waiting for their next fix of the magic I try to weave. Nothing inspires me to push forward with the enormous task of turning a passion into a way of life more than the sheer enjoyment my efforts have given and are giving to others.

It may be a long road to reach where I would like to be as an author, and I may still be at the early stages of a long curve, but when I think about how far things have already come, the journey is completely worthwhile.

So happy birthday, Into the Wild. The adventure is just beginning.